While the South offers a variety of pursuits for the discerning shooting sportsman, Rio Piedra Plantation focuses exclusively on bobwhite quail. The reason is simple: Rio Piedra’s mission is to provide our guests with an unparalleled quail hunting experience. To do this, we’ve dedicated ourselves to hosting a hunt reminiscent of the reconstruction era — a time when the landscape was unspoiled, wild coveys were abundant and the bobwhites posed a challenge for even the most experienced shooters.

As explained by our guests in their reviews, our unique location, deliberate habitat management, veteran guides and well-trained gun dogs have enabled us to make this mission a reality. 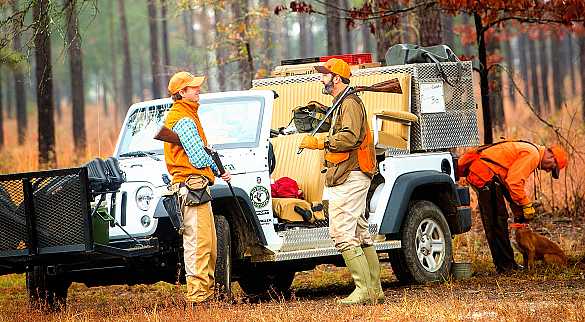 It is estimated that wild quail populations have declined as much as 90% throughout the Southeast United States, largely due to habitat degradation. However, there is one exception to this: the Plantation Belt now boasts populations that exceed peak levels last seen in the 1950’s.

This relatively narrow swath of land extends from Albany to Tallahassee and includes nearly 100 private plantations totaling approximately 400,000 acres. While not open to the public, most of these plantations are managed exclusively for quail hunting and have, with modern conservation practices, significantly increased their wild quail populations in recent years.

When taken in context with studies that show bobwhite quail travel up to 37 miles for a host of reasons ranging from predator movement to a need for new food sources, this becomes more than just an interesting fact — it’s one that is integral to Rio Piedra’s success. Unlike many other operations that offer quail hunting, Rio Piedra Plantation is located in the heart of the Plantation Belt and benefits from the management practices of surrounding private plantations. Ultimately, this enables Rio Piedra to provide its guests with the best-of-the-best: a sustained influx of birds that complement our own native populations.

To further leverage this geographic virtue and ensure we can offer the best quail hunts, we continue to heavily invest in habitat restoration. This decades-old initiative has led to the return of towering longleaf pine forests and abundant ground cover like wiregrass and broomsedge. Rio Piedra’s focus on habitat conservation not only enables elevated game populations but also has the added benefit of recreating a landscape similar to the one Hernando de Soto saw when he crossed the banks of the Flint River here nearly 500 years ago.

Ultimately, this combination of location and habitat management has led to abundant, hard-flying birds that must be hunted — not merely shot. 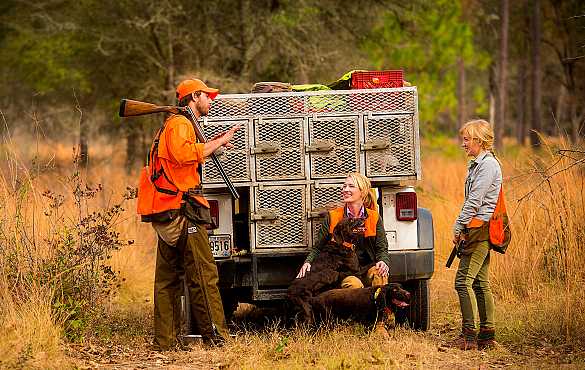 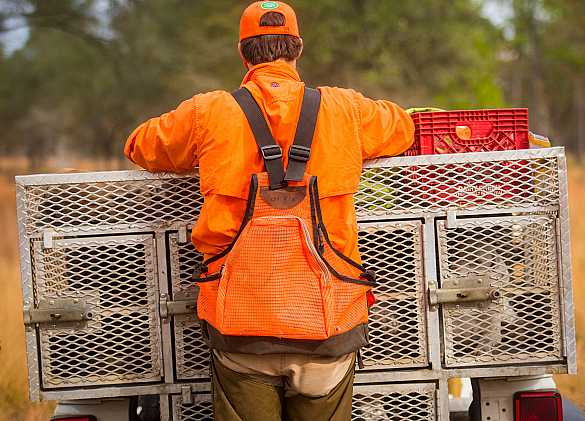 Like any best-in-class organization, we recognize people as our most valuable asset. This understanding enables us to recruit, train, and retain the best team in the industry. As you will quickly find, our quail hunting guides make the difference between just another hunt and an unforgettable experience.

Our guides grew up in the Plantation Belt and have been leading quail hunts for most of their life. As you walk through the sprawling pine savannahs, it becomes apparent that their knowledge of the landscape is unparalleled. They are able to call upon years of experience in quail hunting and direct, seemingly telepathically, a cadre of pointers and setters to seek out unmatched sporting opportunities. It’s this experience that allows them to create a safe hunt. Whether helping new hunters improve their shooting skills or ensuring veterans are well-positioned for the perfect shot, these skilled huntmasters are dedicated to making certain you can relax and enjoy every moment in the field.

Like you, they also recognize a great guided quail hunt goes well beyond just shooting and thus strive to create an atmosphere that allows you to truly untether from day-to-day rigors and enjoy the traditions associated with the Plantation Belt. It’s not lost on our amiable staff that their “office” is unlike any other: that it affords our guest an increasingly rare opportunity to be in the moment with close friends, family and colleagues; that it provides an opportunity to strengthen old bonds and forge new ones. It’s this understanding that compels our guides to balance the hunting with “The Hunt.”

Rio Piedra’s kennels contain over 100 English Pointers, English Setters, and English Cocker Spaniels — all singularly focused on finding every last bird and ensuring you experience the quail hunting Georgia is known for in the world of wingshooting. Given the thick wiregrass and broomsedge it goes without saying that these canine team members play an integral part in making the sport possible. Beyond that, the instincts and training that are constantly on display provide more than simply birds and shots; they add to the nostalgia of the experience and play a key role in the memories that live on well after the hunt.

Through both the selection of good blood lines and sound training, Rio Piedra’s pointers and setters are among the best in the industry. With seemingly limitless stamina, they range out over the sprawling plantation and leverage a keen sense of smell to find even the most elusive coveys. Working in well-trained teams of two, once the covey is found, they stand like stone statues.

Once you and the rest of your hunting party are ready, our English Cockers, often described as the stars of the show, take over. Rio Piedra Plantation was the first commercial plantation to introduce this breed to its kennels. Since then the breed has become synonymous with quail hunting — and for good reason. They are, without a doubt, the most ferocious flushers in wing-shooting. The result of their efforts can be summed up in just three words: Explosive. Covey. Rises.

After the hunt, the Cockers will almost certainly charm you with their jovial and affectionate personalities. Unlike many other breeds, Cockers seemingly crave human interaction as much as they do quail. It’s for this reason that Rio Piedra provides each guide with at least one Cocker of his own. The personal bonds and partnerships that are subsequently developed are evident as they work together on your hunt. 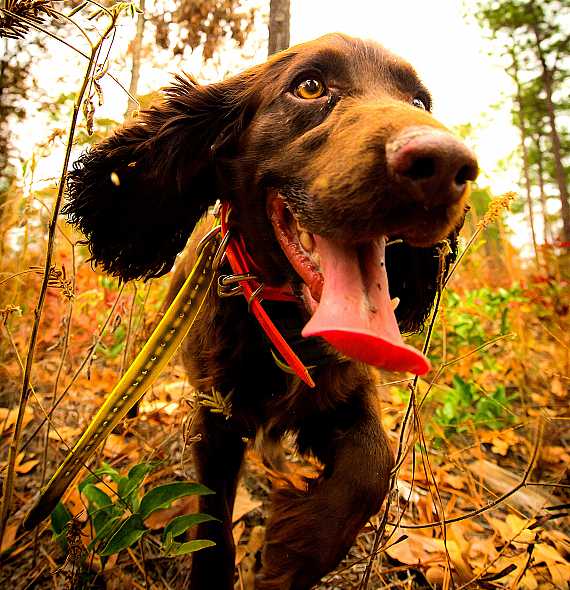 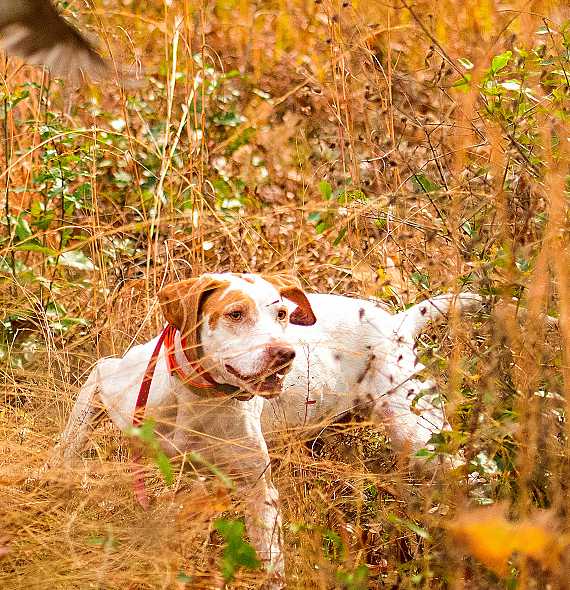 The best-of-the-best in Georgia quail hunting